It was reported last week that one of the biggest and most well-known short-term lenders in the UK, Wonga, has ended up being saved from bankruptcy, needing the payday lenders investors to provide the business with a £10 million pound bailout. It was revealed afterwards that this money was received from prominent venture capital funds, such as Balderton Capital as well as Accel Partners. Both companies have been long-term investors of Wonga.

This bailout was shortly after the chief executive of Wonga had warned shareholders that it was nearing the point of collapse and would be likely needing investors to come to the rescue or it would end up in insolvency. In fact, it is thought cashflow at Wonga was so limited that its board is now deciding whether or not to sell some of its assets, and there is also talk of potentially raising more debt. The payday lender has been loss-making in recent years, largely due to regulatory hurdles.

It is understood that the chief executive had warned fellow directors as far back as two months ago that the payday lender had been experiencing an increase in complaints about the loans they were providing. These complaints were primarily related to bad credit loans that were given out prior to new rules that were implemented in 2014 by the Financial Conduct Authority (FCA). 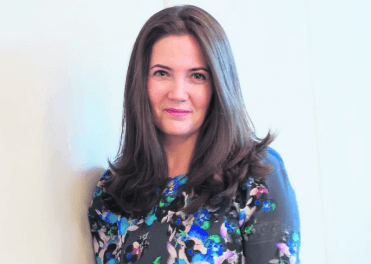 The knock-on effect of these new rules has triggered a dramatic rise in the number of compensation payouts being given out to customers, which in part has led to the dramatic downfall of one of the pioneers of the payday loan industry. For example, the Financial Ombudsman revealed that complaints about Wonga had increased considerably to over 2,347 in total in the second half of 2017. This number was just 269 two years previously.

Furthermore, the chief executive Ms Kneafsey has also stated that the currently pending decision that will be made by the Financial Conduct Authority regarding the time limit of legacy complaints and irresponsible lending has been another problem moneywise for Wonga.

New regulations by the FCA

The FCA took over the regulation of the consumer credit industry from the Office of Fair Trading on 1 April 2014, taking a far more hands-on approach to regulators.  Firms, including payday lenders, had to adhere to stricter organisational requirements in order to make the consumer experience fairer, providing additional protection for borrowers that was previously lacking. This was in part due to the FCA’s concern for the vulnerable, who take out these type of loans, who could end up in a spiral of debt due to the lack of regulations on fees and other charges.

Over the last 3 years, Wonga has had to issue 330,000 loan refunds to lending to customers who were not deemed creditworthy and suffered financial losses as a result. This is explained in the video below:

The effect of the FCA regulations

Less than six years ago, the company was touted as being worth a staggering £770m in total, but now it is thought to be worth just £30m. The impact on Wonga has been considerable, reporting its very first annual loss in  2015 after the new regulations and stricter compliance rules meant it had to overhaul the company in order to meet the watchdog’s requirements. It was also ordered by the City watchdog to pay compensation to over 45,000 customers, who had received letters apparently from law firms but did not in fact actually exist.  It lost over £65 million the next year, with the last two years results having not been published, but it had hoped to return to profitability.

Nevertheless, Wonga has down well to have survived the FCA regulations, it was announced that an astounding 1,400 companies have left the industry following the clampdown.

← How to save money on your pet
Can you go to prison for not paying a payday loan? →