What is an IVA?

If you are one of the eight million people in the UK currently struggling with debt and paying back credit cards, a mortgage or a payday loan, it may be worth considering an Individual Voluntary Arrangement (IVA). At Payday Bad Credit, we take a look at what an IVA entails, what this means for you and the benefits of arranging one.

This type of arrangement makes part of an agreement you have made with creditors in order to help pay off some, or all, of your existing debts, but at an affordable rate for you. If you arrange an IVA deal, this means you pay regular repayments to an insolvency practitioner. The practitioner will then divide the payment between creditors.

It is worth noting that IVAs are only available in England, Wales and Northern Ireland, and not available in Scotland.  However there is something set up that is fairly similar in Scotland, called a protected trust deed, but it is important that you research this properly prior to getting one as it isn’t exactly the same as an IVA, and may incur different risks and fees.

How do Individual Voluntary Arrangements work? 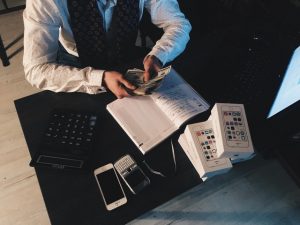 IVAs can be a way of dealing with outstanding debt.

IVAs are legally binding between you and your creditors, and in the event of you not being able to keep to the agreement, (perhaps as you have found yourself in further unexpected financial difficulty)  it means that you will be protected from creditors trying to take further action against you, and so you won’t spiral into further debt. It will also mean some of your debt will be taken care of and written off. An IVA can help you give more control of your assets than other options available such as bankruptcy. However, it can get expensive and there are different risks you may also need to consider.

Is an Individual Voluntary Arrangement right for me?

If you are trying to decide whether or not an IVA is the right option for you in order to tackle any existing debts you may have, it is worth contacting the Money Advice Service who can give you free, impartial information about IVAs and whether it would be suitable in your circumstances.

Generally speaking, an individual voluntary arrangement may be worth considering if:

An Individual Voluntary Arrangement may not be right for you if:

Benefits of an Individual Voluntary Arrangement

There are different benefits to choosing an IVA agreement. This includes the following:

Getting an Individual Voluntary Arrangement


First things first, it is important to remember that IVAs are not cheap. This is due to the fact all IVAs must be organised by a qualified insolvency practitioner. They organise how long the IVA will last, how much you can afford to repay, and will contact creditors on your behalf. In terms of cost, you will need to figure out if you will be able to afford:

The cost will vary depending on your situation, but on average, it can cost up to £5000. It is vital you find out how much these costs will be before asking an insolvency practitioner to carry out an IVA.

It is also worth noting that: 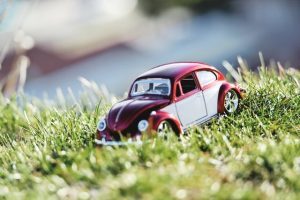 You may have to sell your car for an IVA.

An IVA can also have an effect on your credit rating, making it harder for you to obtain further credit in the future.

← What Is A CCJ?
Things you need to know about balance transfer cards →