For the very first time, payday loan company complaints have overtaken those regarding PPI claims and businesses who mis-sold payment protection insurance to customers. Previously, the Financial Ombudsman Service spent the majority of its time dealing with PPI claims which have gone on to become one of Britain’s costliest financial scandals in recent memory. Since January 2011, banks have been forced to provide compensation payouts accumulating more than a staggering £28.8 million pounds in total. There has now been a deadline of 2019 set by regulators regarding PPI claims.

Now, the FOS has revealed that the majority of it its time dealing with complaints refers to the payday loan industry.

How many complaints have been upheld by the FOS?

The annual report by the Financial Ombudsman Service revealed that they had upheld 61% of payday loan complaints in total over this year. Which has led to concern that many of these customers were not being treated fairly by a proportion of payday loan direct lenders.

The chief ombudsman as well as chief executive of the Financial Ombudsman Service Caroline Wayman, released a statement regarding the rise of payday loan complaints.

While continuing to manage the fall out of mis-sold PPI – with complaints still reaching us in their hundreds of thousands, accounting for over half of all those we receive – we’ve been ensuring that we’re able to respond to the problems people are having today, and that we’re ready for the future too.”

The ombudsman, also added that  “Over recent years we’ve highlighted the rising volumes of people telling us they’ve had trouble after borrowing money.

“On one hand, this reflects shifting preferences in how people choose to pay for things. However, we’re concerned that some lenders just aren’t doing enough to ensure people’s borrowing is sustainable – or aren’t responding constructively to their customers’ concerns.

Factors causing the rise in complaints

Since the Financial Conduct Authority took over from the Office of Fair Trading in 2014, there has been far more publicity about their take over and the concerns that the FCA had regarding how fairly payday loan lenders were treating their customers, as well as being known for wanting to implement a crackdown on rules and regulations surrounding this category of loans. Due to a number of new rules implemented by the FCA (such as an introduction of a flat rate default charge for missed payments, and price caps regarding daily interest) the number of payday lenders in business has dramatically decreased due to not adhering to the FCA’s new stricter rules, which as given the short-term loan industry far greater media attention and scrutiny than it previously received when regulated by the Office of Fair Trading.

As the FCA has worked hard to make the short-term loan industry fairer to consumers, this has also led to an increased public awareness regarding the rights they have when it comes to these kinds of loans. This has in part led to the increase in the number of fresh payday loan complaints, with people now fully aware the FCA’s willingness to punish payday loan firms who have lent money to borrowers in an unscrupulous manner. 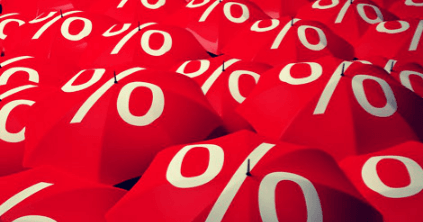 One of the new regulations introduced by the FCA was introducing daily caps when it comes to the level of interest lenders could charge borrowers.

Take for example the FCA ruling against Wonga in 2014. This saw the regulator ensure that Wonga wiped out over £220 million worth of debts that were held by around 330,000 borrowers, i n adding to freezing interest rates for an estimated 45,000 additional customers, all as a result of aggressive debt collection tactics and irresponsible lending practices.

With the increase of publicity surrounding the payday loan industry, this has meant that there have been more people turning to claims management companies and debt advisory services to help them regarding their complaints. The services that these charities and companies provided has helped borrowers who may otherwise not know how to make a complaint about a lender, or be hesitant to, go forward with making a complaint to the Financial Ombudsman Service.

Taking into consideration past misconduct

Another factor that has contributed to the rise in complaints regarding the short-term loan industry relates to the willingness of the FOS to also consider the past misconduct of certain firms. This is a new development, as usually, the FOS will implement a time constraint for customers when it comes to how long they have the right to make a claim against a certain financial product. Usually, this is six months, but it can be up to six years from the time the customer is making a complaint about.

It is increasingly becoming the case for the FOS to look at complaints that do not fall into either of these categories of time restraints, particularly when it comes to payday loan providers (for example, in the case of one-time payday loan heavyweight Wonga).