As with most types of short-term loans that exist on the market, there are a number of misconceptions about them, and this has definitely been the case when it comes to payday loans. Why is that? Unfortunately, due to the unfair lending practices of certain companies, it has lead to the increase of the proliferation of myths that payday loans are never a good thing, arguably giving it a bad name. However, these reasonably popular beliefs aren’t, in fact, all true, and there are a lot of benefits that come with using an instant cash loan if used correctly. In this guide, we take a look at the top myths and debunk them too.

All payday loans rip you off

As a result of the bad publicity that surrounds the payday loan industry, it has meant that a considerable amount of people are under the impression that payday loans are just a way to rip innocent people off.

However that isn’t, in fact, the case, in a number of situations, especially in emergency payday loans are actually the best type of short-term loan that you could go for, as you can get access to cash quickly (many lenders make it possible for you to be able to receive the money in less than 24 hours, in certain cases, it can be just a few hours) that may be otherwise difficult to get through other means, such as through your bank.

In addition, a payday loan does not appear as a hard credit check, meaning that you do not need to be concerned about your credit score. Providing that you make the repayments on time and pay off the loan as soon as you can to prevent you from incurring additional interest, a payday loan can be an excellent option if you are in need and are short of cash.

Payday loans have lots of hidden fees and conditions 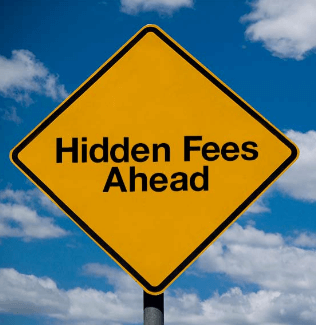 A popular myth about payday loans includes that there are often a lot of hidden fees involved.

A common myth that is spread about payday loans is that lenders will usually add expensive fees and make other changes to the terms and conditions of the loan contract has been agreed upon. Nevertheless, this is a myth. The reason that this belief has become so popular is largely due to the fact that many people do not always look fully at the terms and conditions of a payday loan before taking one out. Not checking all the details of a contract that you have signed up for is destined to create potential problems in the future, and it could lead to a nasty financial surprise at a later date.

The payday loan industry has become far more regulated than ever before in part due to the financial crisis of 2008, which has meant that the loan sector has become more stringent when it comes to the Financial Conduct Authority regulations that are now in place. It is a requirement for all payday loan lenders to disclose their fees and conditions beforehand to borrowers as it is illegal and they could end up being fined if they do not do so. This means that it is extremely difficult for lenders to add more fees and conditions to a loan once the contract has been signed.

It is only payday loan lenders that benefit

Another popular belief is that it is strictly the lenders who are the ones who end up benefiting as opposed to the borrowers themselves. In reality, it is borrowers who get a payday loan who benefit partly due to the fact that they are extremely easy to gain access to, which is a huge bonus if you are struggling with money and need cash as soon as possible. Furthermore, you don’t need to worry with payday loans about having the money secured against a property or home, which can be a tremendous weight taken off your shoulders when it comes to repayments, and in a period of your life where you may already be having money difficulties.

Payday loans are only for people in serious financial difficulty

There is a common misconception that payday loans are only for those who are extremely broke or in some sort of financial difficulty. That isn’t always true.  Everyone from time to time can experience an issue with cash as a short-term problem, and therefore a payday loan may be the right option in a specific set of circumstances to a large number of people. You may just not have access to money for a few days as you are waiting to be paid by work, or you suddenly got hit with an unexpected but hefty bill that you hadn’t otherwise budgeted for. In addition, statistics have revealed that the majority of people who take out payday loans in the UK are in fact hose that is considered as being middle class.

It has somehow become the case that payday lenders have garnered the reputation that they can somehow pressurise borrowers into making repayments, there is even a myth that certain lenders use threats. However, all reputable payday lenders do not use such tactics, and will always collect payments through both professional and lawful means. If you do find that you feel that you have been coerced by a lender or unfairly treated, you have the right to file a formal complaint with the Better Business Bureau. Furthermore, it is worth remembering that there are regulations in place to ensure that customers who take out payday loans are protected, for example through interest caps on products if someone has trouble paying back the loan.

A never-ending cycle of debt 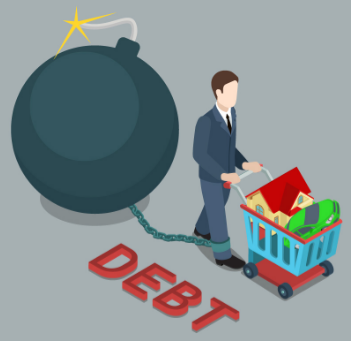 A common misconception is that payday loans will automatically lead you into a never-ending cycle of debt.

One of the main myths concerning payday loans is that you run the risk of starting a never-ending cycle of debt that only makes your financial situations worse. But that isn’t the case as payday loans work in the same way as other loans do in this respect, as if you default on other kinds of payments, and take out a loan that you simply cannot afford then these can also lead to debt. As a result, you should always carefully consider the appropriateness of taking out a loan, and whether you will be able to make the repayments.