Are you struggling with a bad credit score, and either have a mortgage or looking at getting one? We have some good news for you! It appears in new research that the average rate for credit-impaired borrowers with a mortgage has fallen.

Mortgages for those with bad credit

Those who damaged their credit score – for example, getting into a cycle of debt with not being able to keep up with repayments for things such as payday loans or guarantor loans – have been well-known to typically receive much higher interest rates – and as a result, higher overall repayments, on their mortgages. This is in comparison to those who may have a better credit history, who are usually able to take advantage of slightly better interest rates.

Rates for those with bad credit improving 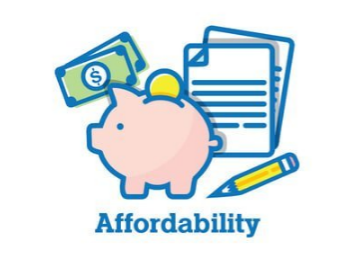 As previously mentioned, it has been recently revealed that the average mortgage rate for those with a poor credit history has fallen. It has fallen by 0.13% to 4.36%  in the last six months (based on a mortgage rate lasting two years). Meanwhile, in terms of the average three-year rate, this has also fallen – by double that over the two-year rate. Credit impaired customers can benefit from a fall of 0.30% to 4.21% instead. It has only been the average five-year mortgage rate for credit-impaired borrowers that has grown, from 4.76% to 4.92%, which is indicative of a rise of 0.16%.

The importance of credit-impaired mortgages

A number of leading experts have emphasised the importance of having this mortgage option exist to borrowers. For example, some may have previously experienced some minor financial difficulties, and then ended up being excluded from a new mortgage deal. In recent years, this has been due to a lack of product availability as a result of the 2008 financial crisis deeply affecting this sector. Therefore, keeping credit-impaired residential mortgages is of paramount importance.

Nevertheless, despite the need for credit-impaired residential mortgages on the market, the amount available on the market has decreased in the last six months. In October 2018, the same research concluded that there were 851 products of this variety available to potential borrowers.  Now, it is estimated that there are now just 590 available, which marks a considerable drop in numbers. If you compare this to 2007  – just before the financial crisis- where regulatory guidelines and lending principles were much less strict – there was a whopping 5,106 credit-impaired mortgage deals available to consumers. In fact, up until this point, these kinds of deals represented more than half (55% in total) of the entire residential mortgage market.

How do I get a credit-impaired mortgage

An overwhelming majority (over 91%) of all credit-impaired mortgage deals are now only available through a mortgage broker. Therefore, it is best to do your research and speak to a mortgage broker in order to determine whether it would potentially be a better option for you.