More and more people across the UK are turning away from the traditional high street banks (for a number of reasons such as a lack of innovation, poor savings rates and customer service, for example) and decided to look at the different types of new payday loans and alternatives that are available on the market: digital banks.

Digital banks have been particularly popular with younger people, who are used to frequently relying on apps and websites to buy products as opposed to relying on high street stores. Furthermore, these digital banks tend to offer a whole host of features that traditional lenders do not, such as offering customers tools to track spending, as well as the ability to immediately freeze a debit card instantaneously.

In addition, most digital banks also run solely through a smartphone with no physical branches across the UK. Consequently, this means that you manage your money and carry out all tasks online through an app. However, there are major differences in terms of the kinds of services offered by digital banks. Payday Bad Credit takes a look at what the main digital banks are offering, and the things that you need to consider.

One of the biggest plus points of Revolut is its travel spending and payment splitting features (enabling users to share costs for bills with other users of Revolut) For example,  Revolut provides a better rate than the Mastercard rate offer by giving the market exchange rate, and it is also possible for users to exchange between euros and dollars for no extra cost. It also provides free withdrawals and fee free-spending abroad too.

With a Revolut account, users receive a sort code and account number in order to carry out normal banking tasks such as paying bills and receiving your salary. There is also the opportunity to use tools to analyse spending, as well as being able to receive notifications whenever the debit card is being used.

These aren’t the only services provided by Revolut. Through the smartphone app, customers can also borrow money through peer-to-peer loans, take out insurance and also be able to take advantage of offers from partner companies.

To get a Revolut card, you will need to pay £5 to have it delivered to you, and there is a top-up limit of between £1,000 and £3,000 per day.  However, you should be aware before deciding to get a card that it has not yet become a fully licensed bank. This means that should the bank go bust, you would not be able to receive FSCS protection, and you are charged 2% each month if you withdraw more than £200.

Atom Bank accounts work slightly different to the other digital banks on the market. Rather than focusing on foreign exchange services or providing current accounts it instead sells mortgages and savings accounts.

Atom Bank’s rates are some of the best on the market. At this moment in time, it pays from 1.95% on Fixed Saver accounts, with this increasing to 2.4% on the five-year version for the five-year version. Whilst with mortgages, these are provided strictly through brokers but you have the chance to track and accept your offer through the smartphone app. Another advantage of being an Atom Bank customer is that you are covered by the FSCS deposit scheme, and it is fully licensed. The downsides of being an Atom Bank user may be that these excellent market-leading rates typically last for very short periods of time.

Monzo is one of the most popular and largest digital banks out there, with over 600,000 customers since launching less than three years ago. Much like Revolut, it also enables customers to carry out normal banking functions by providing users with a current account. Monzo accounts have a number of different features, including:

Another plus of having a Monzo account is that it is a fully licenced bank. This means that all deposits up to the value of £85,000 are covered by the Financial Services Compensation Scheme (FSCS) which means that if something was to go wrong with Monzo, you would not lose your money. The downside is that Monzo cards are not easy to get: there is currently a waiting list in order to get a card, and like Revolut accounts, you can only withdraw up to £200 from your account each month for free, after this amount you will have to a pay 2 % charge. 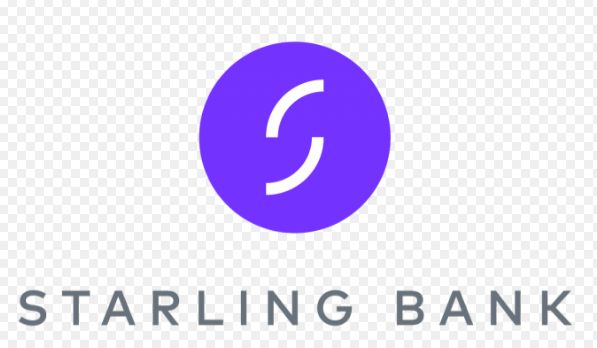 Smaller than Revolut and Monzo, this digital bank provides many of the same features as the two leaders, which includes the ability to send money around the world in over 19 currencies. It is also a current account that also has FCSS protection for customers as well as a full banking licence.

With a Starling Bank account, you also have the potential to gain interest on balances you have with them, but these amounts are currently small: you receive 0.5% on the first £2,000 deposited into an account, then receive 2% interest for amounts between £,200 and £85,000.

Starling Banks also can set up standing orders, direct debits and it has also developed a bill splitting tool. Furthermore, it provides similar security features to having a Revolut card, such as being able to freeze a card quickly and temporarily, and the option of choosing which payment methods you authorise from your account.

However, unlike Revolut or Monzo, you have the ability to use Cass to transfer your current account to Starling. This also includes any existing standing orders or direct debits you have in place. You also have the chance to access a range of other financial products from other providers via its ‘marketplace’.  One of the main downsides though with having a Sterling Bank account is that the interest rates are very low, and there isn’t the ability to have a dedicated savings account currently with this digital bank.