It is common for payday loans to frequently hit the headlines all across the world. However, this is not always for the right reasons as payday loans are often demonised in the media. Their reputation is often unfair, especially since the introduction of the FCA as regulators – since then, there have been far stricter rules put in place to ensure fair lending is practised in the UK. Plus, there are always new payday loans companies trying to offer new and more competitive rates. But what about other countries? What are the rules like in those markets?

In this guide, we are going to be looking at a brief history of payday lending as well as examining the strictest and most lenient markets alike for lenders today.

The concept of modern payday lending really took off in the early 1990s as banks reduced their small credit offerings and consumers began to look elsewhere to get their quick fix of cash. Due to the nature of payday loans being short-term, popularity has really increased in the past two decades gone. There have been pitfalls across the way, however. Many lenders have been accused and charging sky-high interest rates, using aggressive debt collection practices and ultimately driving consumers into unmanageable amounts of debt. This has certainly changed in the UK, we will be looking at other places around the world to investigate.

These are the top five most significant markets for payday lending, ranked from the strictest to the most lenient.

The Netherlands are notoriously the strictest when it comes to payday lending regulations. If we go back to the early 2000s, the Netherlands saw a sharp rise in the popularity of what they call ‘Flitskrediet’, which translates to ‘flash credit’. These were essentially unregulated payday loans with an APR rates of up to a whopping 600 per cent. At its peak, the market for this flash credit was estimated to be worth around $6.9m. Due to its small size of loans, they were not covered by the Authority for the Financial Markets or the Act on Financial Supervision.

In the year 2009, the Dutch Socialist Party campaigned for regulations on payday loans. The government responded by introducing licensing legislation and interest capping. In short, payday lenders must have a license to operate and the interest rate must be the rate of the bank base plus 12 per cent as the maximum.

Despite only being legal in 36 states, the USA is home to the world’s largest payday lending industry. In the US, the industry is regulated on a national level by the Consumer Financial Protection Bureau – introduced by President Obama following the 2008 financial crisis.

Interestingly, the UK is the most lenient of these three despite being a very well-regulated industry. However, there has been scandal in the past surrounding the practices in the industry. Payday borrowers were commonly falling into more debt than they started out with and found that they were having to take out more loans just to pay off the initial one.

However, the FCA took over in 2014 as the regulator. The FCA implemented caps on interest and fees at 0.8 per cent of the amount which is borrowed per day and the placed on charges is set at £15 and total caps at 100 percent which means that no borrower would ever have to repay more than twice the amount that they had borrowed, no matter how late they were making the repayments.

In recent years, the payday loans industry has become far more lenient since lending restrictions are down to provinces rather than the central government.

Out of all the provinces, British Columbia has the strictest set of regulations. Lenders are not able to legally charge more than $15 per $100 for a payday loan lasting two weeks and any penalties are capped at $20. In contrast, Prince Edward Island is the most lenient, with a maximum of $25 to $100 loan and no cap on the penalties. 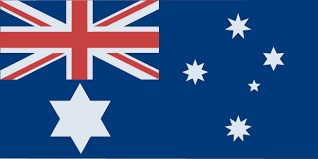 The Australian government has become more relaxed about payday loans, but there are still some major loopholes. Like with most other places around the world, the demand for payday loans shot up in the 1990s.

In today’s world, payday lending in Australia is covered by the Uniform Consumer Credit Code, but has been a previously unregulated market and there are still some loopholes that lenders are able to exploit. An act in 2012 banned laons over $2000 that must be paid back in 15 days or less and they introduced a cap on loan fees and charges, including a 20 per cent maximum establishment fee and a maximum monthly fee of 4 per cent.

← How to cancel a direct debit
Are payday loans the new PPI? →