As you may be aware, leading payday lender Wonga recently went into administration. This has been blamed on a steep increase in payday loans claims, which have caused much concern for many payday loan companies.

As of now, CashEuroNet UK is the largest payday loans company in the country. It is an umbrella company which lends under brands such as Pounds to Pocket and Quick Quid. In the first half of this year, CashEuroNet UK reported that it was spending more money on compensation claims than it made in actual profit.

This rather rapid rise in payday loan claims to come at a time when PPI claims are going to be finally coming to a halt. The Financial Conduct Authority (FCA) has officially set the cut off date as the 29th of August for consumers to contact their banks regarding claims. To date, banks have reported having collectively paid over £32 billion to consumers for mis-sold PPI. 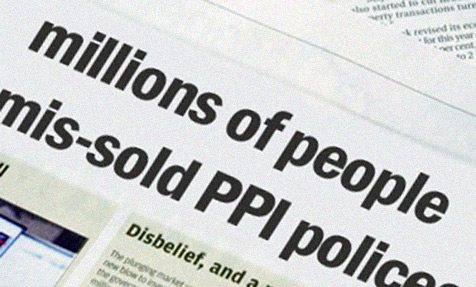 AS PPI claims do draw to a close, this is set to be the start of payday loan claims – a change that may result in a huge shift in the claims market.

The number of reported PPI which were miss sold started a huge scandal and many new PPI claims companies emerge as a result. For consumers, it was unfortunate that some companies were less trustworthy than others were.  Consumers often found themselves bombarded with cold calls, text messages and very heft upfront fees – which they found, later on, were never returned. This resulted in a bad reputation for PPI companies, despite there being some trustworthy companies on the scene and charging customers a low fee.

New regulations from the FCA and an interim fee cap mean that any remaining PPI claim companies are operating more fairly and giving consumers a transparent view of their claim. Just four months before the deadline in 2019, the FCA will be taking over the authorisation and regulation of these companies in full.

Since the deadline is less than a year away, PPI claim companies are likely to be looking towards the next claims sector to capitalise on. The payday loans industry could well be the best route to take, considering the recent liquidation of Wonga Loans and the increasing attention placed on the industry.

Is the market big enough for Payday Loan Claims?

Many people do choose to seek the services of claims companies, despite having to pay the company. With PPI, some cases which are older can be complex and people no longer have the relevant paperwork to refer to. This means the claims company which have the evidence to help the customer are far more appealing than dealing the lender or the bank directly.

In the same capacity, people who have complaints about payday loans would much rather welcome in more claims companies than deal with banks. Furthermore, even though Wonga has collapsed, many are still going to be using the services that the payday loan industry has to offer as debt continues to rise.

Despite the deadline for PPI claims set by the FCA in 2019, this is likely not the end of claims companies as a whole. Stricter rules are likely to be enforced with the FCA, however, this will have benefit to the reputation of the industry, leaving a small handful of companies to do good work in helping their clients with the claims – payday loans, PPI or otherwise.

Furthermore, advanced claims management software available will enable such companies to handle a rather large volume of claims, making the day-to-day tasks of claims companies a lot easier. It will work to aid businesses in chasing the claims quickly and then automatically update the client base with the progress of their respective claims.